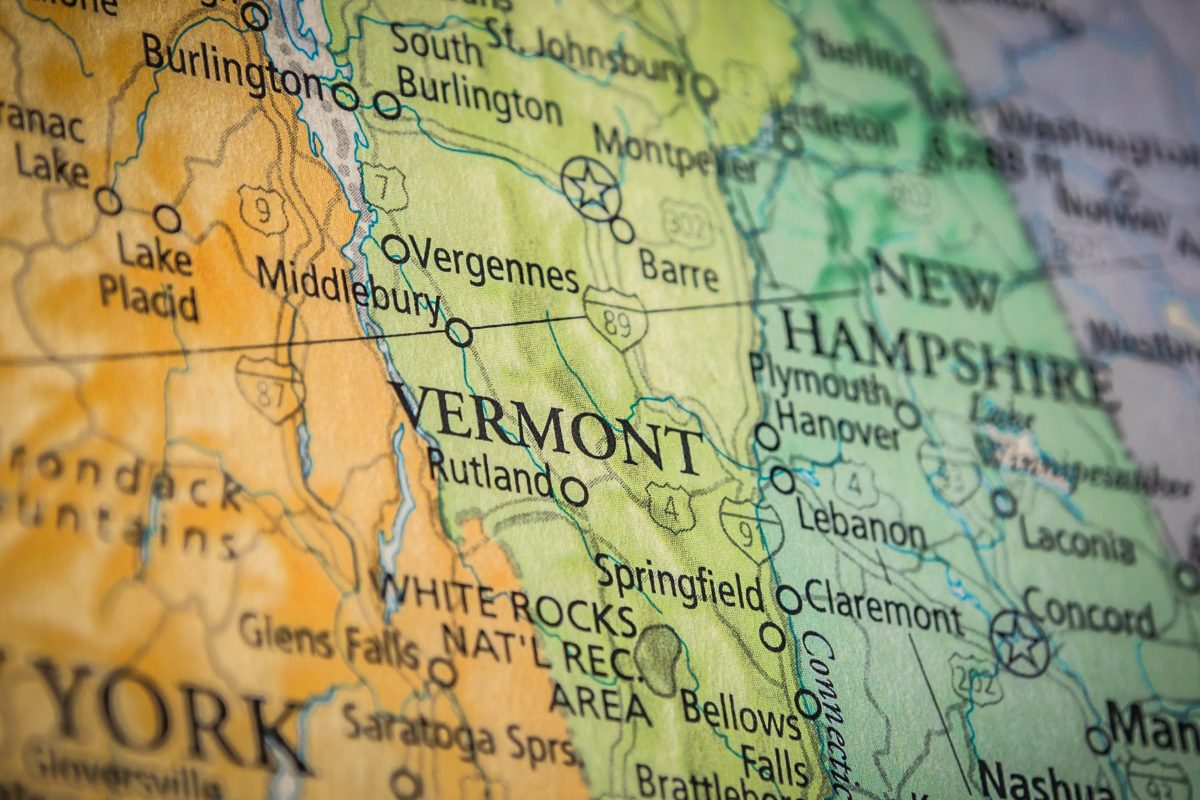 Genetically engineered (GE) food is controversial. Some praise its societal benefits of lower greenhouse gas emissions and reduced food prices. Others believe that GE is unhealthy, despite scientific consensus on its safety. But how do these beliefs play out when food labels allow consumers to readily identify GE food in the grocery store?

Assistant professor Andrew Stevens and colleagues set out to answer that question by comparing packaged food sales in Vermont to those in Oregon and Washington. Vermont was the first and only state to implement mandatory GE labels in the U.S.—but only during the month of July 2016. A month after the policy went into effect, a federal law repealed the Act 120 state law.

Despite the short duration of this “natural experiment,” Vermont provided a unique opportunity to study if and how food labels affect consumer behavior, as measured by grocery store sales. “The strength of our study is that we analyzed real purchases made by real people under real-life conditions,” says Stevens. “Previous studies of this topic mostly relied on lab experiments or survey data.” The drawback of economic experiments, such as simulated auctions to study bidding behavior, is a much smaller sample size. Surveys usually evaluate hypothetical behaviors with “what would you do if…” questions.

To estimate the policy’s impact, the researchers had to make two decisions: which products to analyze and which “control state” to use as a policy-free reference point for grocery store sales during the time period of interest.

As the GE food item, the team chose soups from an undisclosed manufacturer that rolled out nationwide GE labels months before Act 120 went into effect. The company’s national press releases highlighted the transparency of its early, proactive decision as a potential selling point. This provided confidence that the same product information was available at the same time in Vermont, Oregon and Washington.

To see if Act 120 affected sales of other labeled products, the researchers selected two items with a long history of labeled attributes: certified organic (GE-free) and non-GMO (genetically modified organisms) foods. Both groups included a wide range of products from baby food and soups to frozen meals, snacks and more.

As a control state for Vermont, New Hampshire might seem like an obvious choice. However, its close proximity would create spillover effects. For example, the two states share the same wholesalers; New Hampshire residents may shop in Vermont grocery stores; and many local news outlets covering Act 120 were broadcast in both states.

This is not the case for Oregon and Washington. Due to their similar political landscape, interest in GE food and shared northern geography, Oregon and Washington are appropriate control states without spillover effects. Sales trends for organic and non-GMO products were similar in the three states before July 2016, and earlier ballot initiatives in Oregon and Washington showed that many residents also supported mandatory GE labeling.

The researchers analyzed scanned food purchases at up to 207 major regional- and national-chain grocery stores in up to 260 weeks of sales. Since the scanner data did not indicate the presence of the new mandatory GE labels, restricting the GE soup analysis to the transparent manufacturer was important.

The analysis compared sales during July 2016—the Act 120 implementation period—with appropriate pre- and post-periods and accounted for other factors that influence sales, such as price, local consumer preferences and time of year. Due to the variable length of pre- and post-periods, the number of data points ranged from 318,000 (for GE soups) to 23 million (for organic foods).

By including data from the two control states, the researchers were able to attribute changes in Vermont sales to the implementation of Act 120. They found that the state law caused a decrease in GE soup sales of 5.9% and an increase in sales of non-GMO and organic products by 2.5% and 1.7%, respectively. After Act 120 was repealed, sales of non-GMO and organic products rebounded to their original levels while GE soup sales increased by 6% from August 2016 to the end of 2017.

These results suggest that consumers have stronger short-term than long-term reactions to new food policies, especially when these are featured by local news outlets. Over time, processing the newly available information seems to improve consumer attitudes toward GE food.

An important broader lesson is that labels can be powerful. The term “salience” describes the ability of labels to increase the prominence and consumer awareness of certain product features. In this case, Act 120 increased the salience of GE labels in Vermont above and beyond the information itself, which was equally available in Oregon and Washington. Other examples of salient labels include front-of-package labels that stand out visually and large shelf labels that highlight multiple locally sourced products.

The study provides further evidence that information salience influences consumer decisions in real-life settings. This may help design future food policies, says Stevens. “Our results show that labels do much more than provide information by drawing attention to specific product attributes,” he adds. “This can actually shape consumer preferences over time.”