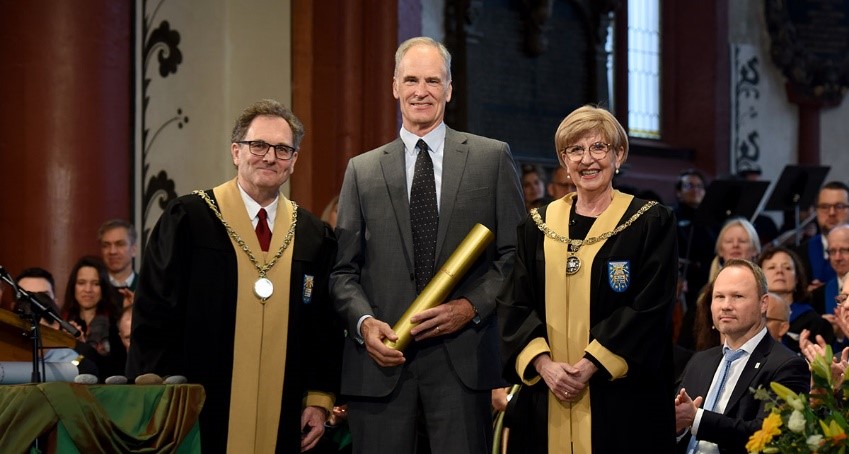 In November, the University of Basel celebrated its 562nd Dies Academicus, an annual event commemorating the opening of the university in 1460. As part of the celebration, honorary doctorates were awarded to eight individuals from academia and society. Rutherford was recognized for his contributions in the areas of international trade, energy markets and environmental economics. He has developed numerous equilibrium models and applied them to many current and complex issues. In addition to the eight honorary doctorate degrees, several other prizes and awards were given to junior faculty in recognition of academic excellence and outstanding research.