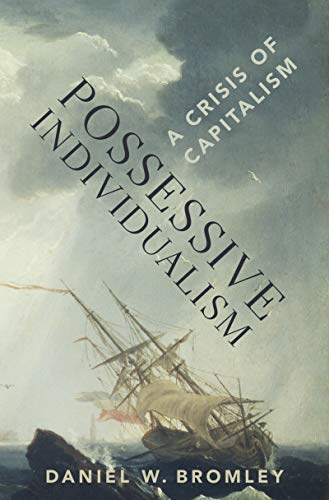 Anxiety and alienation threaten modern democracies. Political anger runs rampant in the United States, Britain voted to leave the European Union, authoritarian governments control several European countries, and millions of desperate migrants are streaming north out of the Middle East, Africa, and Latin America. Many people blame stagnant household incomes and economic inequality. However, Possessive Individualism argues that the origins of world disorder are in the failure of the Enlightenment to anticipate the acquisitive individual as a creature of global capitalism.

Daniel Bromley provides a fundamental critique of contemporary capitalism to explain why the world now finds itself in widespread disorder. Capitalism’s basic flaw, he argues, is “possessive individualism.” Glorification of the rational individual motivated by acquisitiveness prevents the adoption of necessary government programs that would ease the economic burden on beleaguered households. Meanwhile, possessive individualism enables managerial capitalism-controlled by the “one percent”-to suppress wages and salaries, embrace automation, and move jobs overseas. Capitalism is no longer an engine of improved livelihoods and social hope.

Drawing on evolutionary institutional economics and political theory this book offers two remedies to the crisis of modern capitalism. Escape from the crisis requires that the isolated acquisitive individual rediscovers a sense of loyalty to others-as neighbors, as colleagues, and as participants in the shared social process of living. Escape also requires that the private firm be reimagined as a public trust in which the economic well-being of employees becomes a central part of its purpose. In the absence of these dual transformations, capitalism as we know it cannot endure.