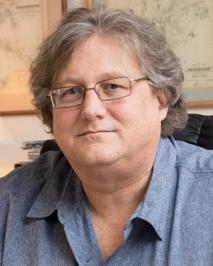 Professor Deller joined the University of Wisconsin-Madison faculty in 1993 after being on the faculty of the University of Maine for four years. He is a professor in the Department of Agricultural and Applied Economics at the University of Wisconsin – Madison and a Community Economic Development Specialist within the UW-Madison, Division of Extension. He is formerly the interim director of the Center for Community and Economic Development, Division of Extension. His work is in the broad area of community economic development with a focus on smaller communities and rural areas. He co-authored the textbook Community Economics: Linking Theory and Practices and has co-edited five books, each focusing on community, rural and regional economic development. The most recent is entitled Local Food Systems and Community Economic Development. He has authored or co-authored 129 referred journal articles and published 31 separate book chapters. Some of his current work has explored the community economic impacts of mining, women owned businesses, manufacturing location decisions, local foods as a community development strategy and the role of taxes and public services in community economic growth and development. Other topics include rural crime, natural amenities and economic growth, retirement migration impacts on local communities and how public infrastructure influences local economies. Professor Deller has served as President of the North American Regional Science Council, the Mid-Continent Regional Science Association, and the Southern Regional Science Association. He is the recipient of the North American Regional Science Council’s Walter Isard Award for Distinguished Scholarly Achievement in the Field of Regional Science. He is also the winner of the inaugural Rural Renewal Research Prize awarded by the Rural Renewal Initiative at Oklahoma State University. He is a Fellow of both the Southern Regional Science Association and the Mid-Continent Regional Science Association, the Associations’ highest honor. He served as co-editor of the Journal of Regional Analysis and Policy for nine years, and is currently on the editorial board of seven academic journals. He has been quoted in the Wall Street Journal, New York Times, Washington Post, U.S. News & World Report, USA Today, Chicago Tribune, Detroit Free Press, Vanity Fair, Milwaukee Journal Sentinel and is a frequent guest on Wisconsin Public Radio.